Previous Next
The Force is with US: Star Wars™ vitamins!

The Force is with US: Star Wars™ vitamins! 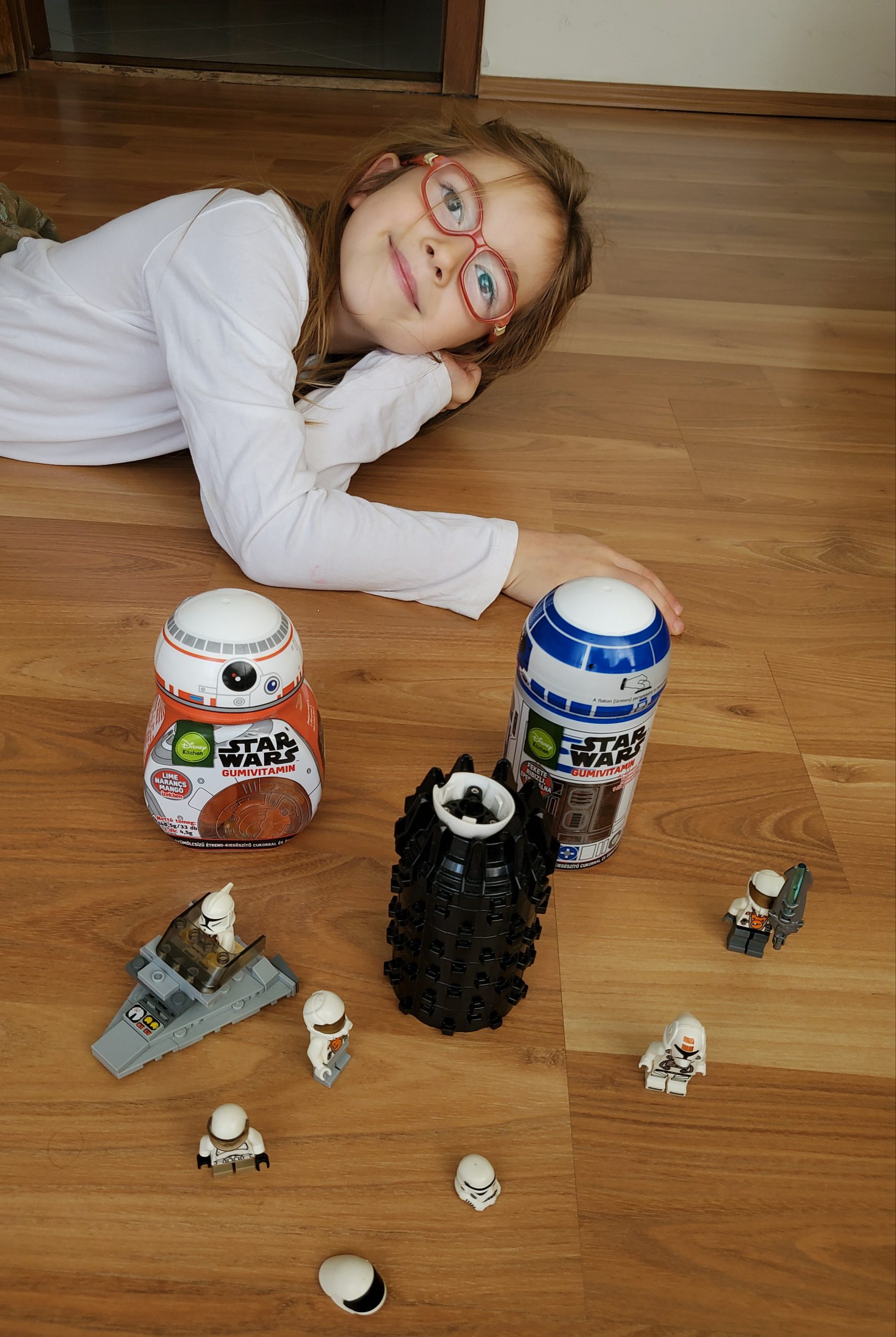 I think this is a pretty topical concept in our lives right now. Even now, many moms ask me what vitamin to give my child, which is a good vitamin. I’m not an expert on the subject, I’m just a parent. But I have one important piece of advice: add the vitamin your child is willing to take – this is what the experience of recent years tells me. Because sometimes I was the crazy mom at the pharmacy who just asked for a taste of the little gum to take home to the child, there was so much excess vitamin on top of the fridge and the child refused to eat it … or let’s say I bought a box of sixty and of it he ate only one shade of vitamin, orange. 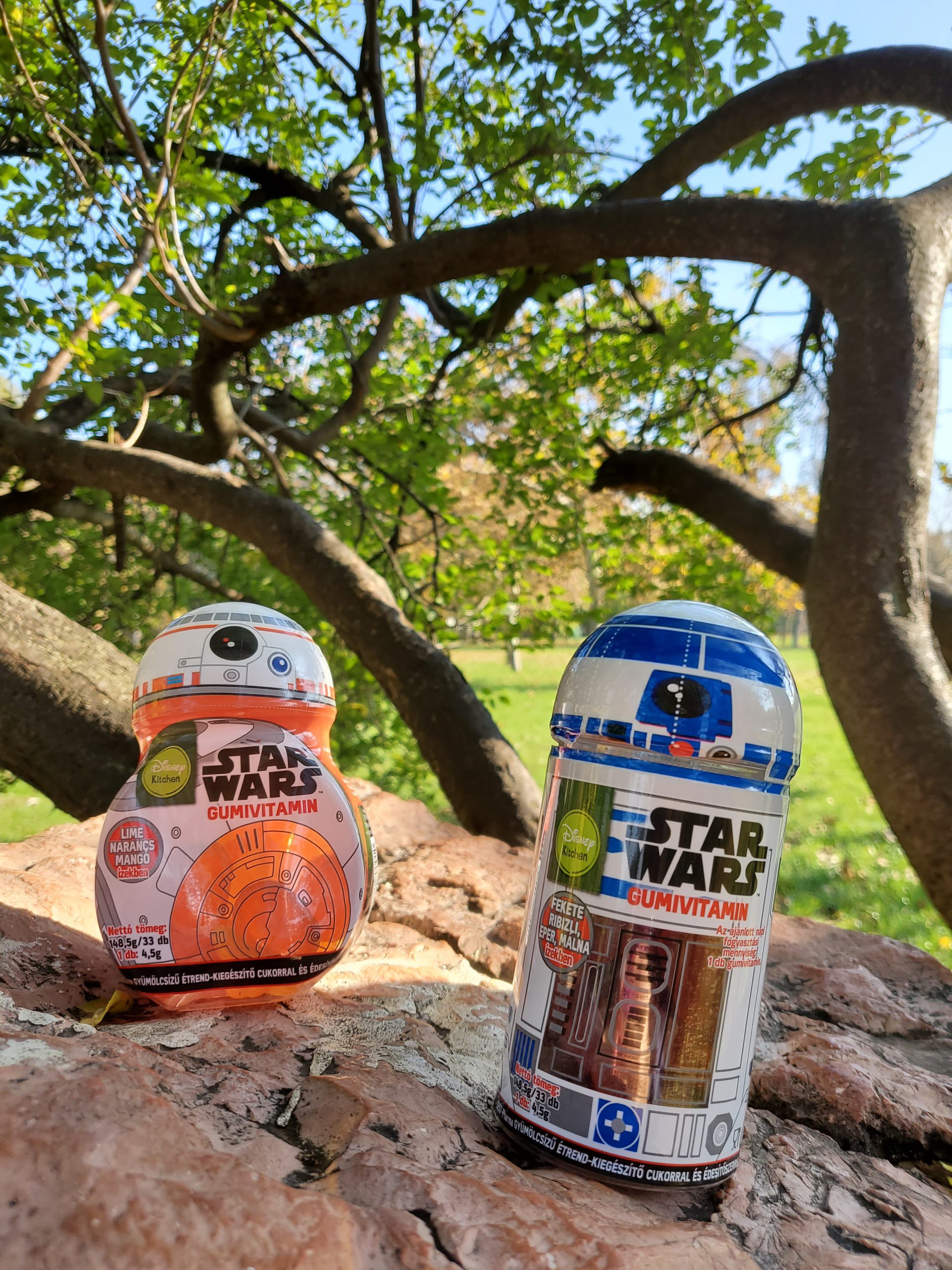 From a “fa-far away”  galaxy a new vitamin moved into us a few days ago.  An acquaintance of mine told me that he would come to Hungary, it would be possible to get it in pharmacies and he asked: would we test it? Star Wars vitamins?? So he knew we were going to fall pretty hard on it.
And really! Because “starwars” is an iconic concept in our family, we also have Lego figures at home and we start watching the stories, because the cousins ​​are just talking about it. So I brought the gum vitamins home and it was really hard for me not to tear it up and taste it on the way, because I’m a pretty big fan of movies, in fact … But the “force” was with me, I didn’t break it up. Then Rozi had to exercise self-discipline so that I wouldn’t break it all up until I took a photo. Once the battle went on, I begged for a picture, and he sworded (laser) over the vitamin.

R2-D2 was on our plate for the first time, so the red figures are so crazy that it’s just na. Blackcurrants, strawberries, raspberries i.e. Darth Vader, Stormtrooper and Boba Fett. BB-8 with Chewbacca, C8-PO and Yoda, spiced with mango, orange and lemon-lime aromas. A child’s monthly dose is 30, say, pressed for a week at a time at the first tasting, of course.
Fortunately, there are also 3 tastings in the box. And a surprise too! But these Star Wars vitamins are cunning. Their box can be turned into a bush, so the child can keep his favorites on the shelf … or collect them for the next vitamin … or a movie ticket once we can walk normally again. Until then, all we would say is that the power is with us and, as we know from the film, the dark side is always defeated by light. Thanks for the

Star Wars vitamins and as soon as it’s available in pharmacies, we know we’ll be on top of the Millennium Falcon and I’m already flying for it … in the meantime I’ll get a Yoda to pull it out somehow.